Home » News » The best thing you get from Film School: Zac Haydn-Jones

The best thing you get from Film School: Zac Haydn-Jones

Screen and Film School Brighton’s student blogger Zac Haydn-Jones reflects on one of the most valuable aspects of Film School: networking.

There is a long and lengthy debate on whether film school is worth it or not. In an age where phone cameras are getting better and new YouTube tutorials are being uploaded every five minutes, why do you need film school? I’m not going to talk about the pros and cons, I’m going to talk about one of the best experiences that I’ve gained from film school so far: networking. Yes, the one word that strikes fear into all introverts, including me. Networking can be a daunting task; having enough confidence in your ability to put yourself out there when starting out is a difficult place to get to. However, in the world of filmmaking it’s a necessity, as it truly is not just what you know, but who you know. If you didn’t grow up with friends who are interested in the industry, or a family friend that can show you the ropes, it can be difficult to take that first step and start networking.

That’s the great part about the Film School. It’s networking on easy mode. Not only are you grouped with other people who are as passionate about film as you are – people who also might just be starting out, and are just as nervous and eager to get into filmmaking as you. It also gives you the confidence to put yourself out there, to know that you have ability to do it and now just need the opportunity to, and there’s no shortage of opportunity. 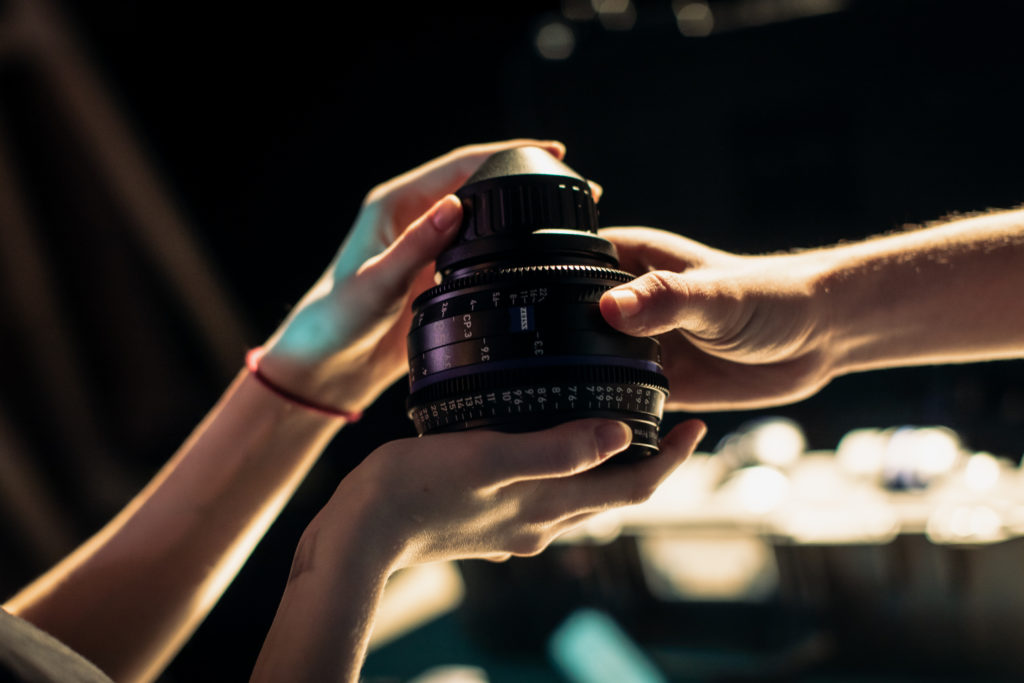 Butcher, Vet, Electrician, Nurse. No that isn’t the failed sequel to Tinker Tailor  Soldier Spy, it’s what my friends back home do. Although they all love films, none of them are interested in making them. So, yes, I had a phone with a decent camera, but I didn’t have anyone to create with. I was making things alone and because of that I began to lose the passion to create. Filmmaking is a uniquely collaborative art. Just watch the credits sequence of any film and you’ll see that hundreds of people, each with specific knowledge on a specific area, are required to make that film what it was. While crews of hundreds are further down the line, I still believe collaboration should be at the heart of what we make, as filmmaking wouldn’t be the same without it.

At Screen and Film School Brighton I’ve met friends who are excited to create and who excite me to create. People who, like me, are just starting out but who are desperate to learn and create as much as they can. These are people I can grow with, people I can enter the industry with and connections that will hopefully continue with me past university. That’s something I’ve never got from a YouTube tutorial.